Walking into the Raindrop Turkish House, it felt nice to smell the aroma of Turkish food and the chatter of voices, my familiar Monday evening surroundings. It wasn’t a Monday, however. And the purpose of my visit was different. A few weeks ago, I spent a memorable evening at the Interfaith Action of Central Texas’ “Red Bench,” a dialogue event centered around the theme of “Immigration” where I experienced the power of intercultural discussion, and left with renewed hope for the future. Although it has been a while since the event, I wanted to take a few moments of the free time afforded by the long weekend to reflect on my main takeaways. 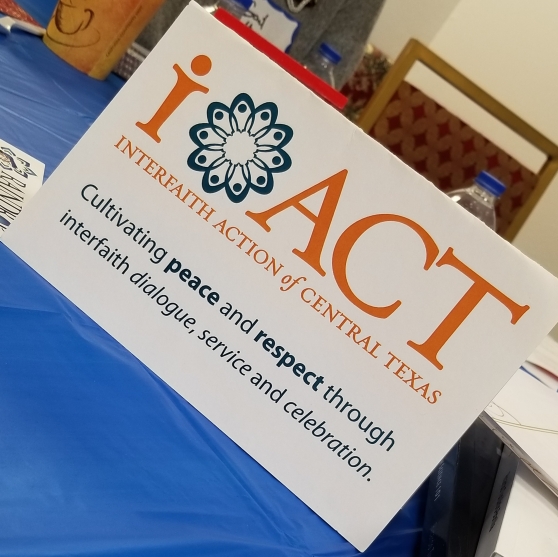 1) We should really start talking about these issues. Immigration is polarizing. However, as an Indian-American sitting at a table with a Catholic woman of Irish origin, three Jewish women and men, a Turkish Muslim couple, and an immigrant woman from Trinidad, I began to realize that there is so much we can contribute to the discussion, and we really should. The women with Irish ancestors told us about how her forefathers had endured extreme discrimination as outsiders, while a Mexican immigrant described the difficulty of raising children in two cultures. Likewise, the Turkish couple explained how for them, immigration was a choice, and how they were privileged, similar to my own parents. Everyone at the table approached the issue with an open-mind, and we all came to consensus on a key idea: everyone deserves the right to build a new life, free of persecution and pain, and immigrants should be welcome and respected in our society.

2) Being young isn’t a disadvantage– at all. I must admit, as the youngest person in a room of at least 60 people, I was nervous at first. Here I was, surrounded by mature, educated adults with great levels of expertise about immigration– who would want to listen to a 17-year-old? However, as I took my seat at a table of ten, and introduced myself to the other members of the discussion, I realized that I was wrong. When a representative from each group was encouraged to share their takeaways with the entire room, I was touched when everyone at my table nominated me. It was heartening to realize that the voices of young people do truly matter.

3) This conversation needs to include a broader group of people. Despite the difference in our ages, backgrounds, and walks of life, we were all bound by some core beliefs. Although I had originally assumed that we, being generally open-minded people, would have similar opinions about everything, I realized that our interpretations were different: while one woman felt that the root of the American anti-immigration agenda was white supremacy, another believed that it was an economic argument. While I felt that the discussion was extremely enlightening, I wish more people were willing to participate. If those who lack exposure to immigrant populations could take the time to start asking questions, forming relationships, and really engaging with diverse members of the community, the world would be so much better.

Aside from just the delicious börek and the sweet Turkish tea, I feel that this conversation was inspiring and energizing. As a young woman of color from an immigrant background growing up in a country divided by hate, it’s so easy to close off to other people and lose hope in society. But that’s not the way to go. There is hope, and there are certainly a lot of good people working to make change happen. We just have to find them, share a meal, and start a conversation.