It’s been just over a month since I graduated from high school. In other words, temporarily liberated from the education system, I’ve spent the past month free of the compulsion to learn. I’m no longer responsible for challenging myself, absorbing new content, and proving that I know things based on a set of standards. Yet, I feel like in the last few weeks of complete autonomy, I’ve learnt so much, and better yet, it’s been my choice! For the first time in years, maybe, I’ve been able to spend hours and hours on self-education, where I choose what I want to learn, and how.

In the past few weeks, I’ve gone through the last chapters of the first-year Arabic textbook that I studied from back in 2017 in Jordan, reviving the phrases I learned years ago, and increasing the complexity of my grammar. I’ve embarked on my journey of Darija, the Moroccan dialect of Arabic, and have made a ton of Shaami to Darija Quizlets with basic vocabulary. I’ve started to understand more and more of my favorite Iraqi songs, learning something new each time I listen. But I’ll save the Arabic part of my learning for another day.

My self-education isn’t limited to actively studying Arabic, and a lot of it doesn’t involve studying at all. My biggest source of knowledge– one that I’ve recently developed an addiction for– is podcasts. Everyday, I take advantage of the somewhat bearable early morning weather to go for a long walk and immerse myself in stories about Middle Eastern culture and current events. Over the weeks, I’ve heard about topics that I would have never thought of researching myself. I’ve learned about everything from the impact of street art in the rebuilding of Beirut, to an aquaponics farm in Egypt, or the history of Sesame Street in the Arab world, and so much more. The list of podcasts that I follow is constantly growing, but here are my top three: 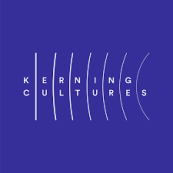 Kerning Cultures: I am actually obsessed with this podcast. It tells the most interesting, compelling stories about people and phenomena in the Middle East. Most of the episodes are in English, but they recently had an Arabic-language one where they interviewed Palestinian activists Ahed Tamimi and Lina Khattab. All interviews and stories have a way of really transporting the listener to a different world. From the streets of Beirut to a small mountainside town iin Tunisia, I’ve been able to experience stories from all across MENA (Middle Eastern and North Africa). Kerning Cultures touches important social and political issues, but without any of the dryness associated with extremely intellectual podcasts– they are storytellers, more than just analysts.

Rough Translation: This is an NPR podcast that focuses on bringing stories from across the world to an American audience. I recently listened to their two-part series called “The Search,” which followed the search for Kamran, an Iraqi Kurdish journalists held hostage by ISIL. Listening to those episodes was like watching a TV show, and I’ll admit that I was checking daily to see if Part Two had been released.

Code Switch: Also an NPR podcast that I recently discovered! This podcast brings stories presented by journalists who identify as people of color, and it has some really eye-opening pieces. I really enjoyed an episode called “Why is it so hard to talk about Israel?” where the journalists shed light on America’s relationship with AIPAC, discussed Representative Ilhan Omar’s words on the Israel lobby, and interviewed a rabbi who explained how to criticize Israel without approaching anti-semitism. As someone who considers myself critical of illegal Israeli occupation, this was especially compelling because it helped me think about how to be an effective but conscientious advocate.

In addition to podcasts, I’ve rediscovered a new source of delight: books! Throughout high school, especially in the last two years, I really didn’t have much time to read for pleasure, and I’ll admit, I almost forgot how to read for pleasure. Now, with time on my hands, I’ve made an exciting book list that I’m slowly working on! I recently read Miral, a historical fiction book recounting the journeys of different Palestinian women in Jerusalem during various periods of occupation. Currently, at the recommendation of an awesome NSLI-Y Hindi alumna (Alice!), I’m reading Salt Houses, a novel that follows the experiences of four generations of a fictional Palestinian family, starting with the Six Day War, and leaving off in present day.

My reading list consists of historical fiction and memoirs by female authors from across the Middle East, which means I’ll really be educating myself about MENA and the Arab World before I move there for nearly a year! Speaking of which, I only have two months left until I move across the Atlantic Ocean to a new home and country! I’m extremely excited and just a bit terrified as well. So here’s to two more months of podcasts, books, Arabic, and last moments in the United States.